My name is Jan-Martin Vandrecht, right now i am 22 years young. It was almost 2 years ago when i first heard about my current EVS opportunity here, in sunny Antalya, Turkey. Back then i was participating on an Erasmus+ training course in Bratina, Croatia. The topic was social inclusion. We had participants from almost 10 countries, from each country 3 participants. Among these countries was also Turkey. The leader of the Turkish team was my current mentor here – Necla Turan. She is a happy lady in her sixties. I dont know her exact age but i know that during the training course she was inviting me to join her in Antalya, for a EVS programme. Although her English language skills were very basic, we could communicate and make our thoughts understandable. To this day i am surprised how she can be involved in such an international profession with her language skills. I guess when you really want something, there will not be any obstacles that would break you, its inspiring. Anyway, after my training course i knew that i will be going to Turkey! I really wanted to start ASAP but i needed to go through my military training first. But it felt really good knowing, that i have big plans for near future.

Fast forward to November 30, 2019. It was the day i began my EVS. I left my family, friends and my girlfriend behind me, to enjoy their cold Estonian winter. After a long day flying i finally arrived to Antalya in the evening. I did not have many information about my project and other volunteers so i felt some anxiety building up inside me as i got closer to Antalya. My mentor Necla and her husband were greeting me at the airport. Also another volunteer from Spain was there to greet me, shortly after i found out that this guy – Younesse, is also doing the same project with me, that we are going to live in the same apartment. Also there is a third volunteer from Spain aswell, her name is Esperanza. So three of us living in the same apartment. Moreover, in December 15 there will be a fourth volunteer joining us and big big surprise, she is also from Spain.

Since it was dark outside, i did not see the landscape around me, leaving the moment of surprise to the next morning. After greeting we went to a restaurant to have dinner. I was introduced to the famous pearls of Turkish culinary. And boy i fell in love quickly.

(The food here is tasty okay! And its also quite cheap. Turkey is famous for its cheap clothes and footwear and food, all of which can be found on numerous markets around the streets on fridays!)

After a good meal we went to our apartment, the road to our house was enjoyable because for this is a first trip outside Europe as i know it. Everything here seems exotic to me. It was also the first time in my life to see palm trees! That alone was a mini dream come true. The apartment where we live is cozy, it has pretty much everything one could ask for, except for good WIFI connection. Luckly there is a mini motel just across the road and the wifi there reaches our place too!

In the next day i went to the associacion office, to which i will be reffering as home nr2. My mentor gave me the keys of the office and said that feel yourself like home. We signed some documents concerning my monthly support money and things like that. Also during the day time i finally saw where the big big city lies, right next to BIG BIG mountains! I am a sucker for all kinds of mountains and here there is plenty, giving amazing views to my eyes. The climate here is very favourable. For local people its wintertime and people here are walking around in winter jackets and boots. But for me, +18 degrees and sun seems pretty much like summer back in Estonia. I love it! I can be outside with a t-shirt and not be cold! Also the streets are filled with all kinds of exotic trees and bushes and even orange trees. I guess the leaves never fall off the trees here!

This first week has been very overwhelming for me, besides balama (a traditional instrument here which looks little bit like a guitar) and Turkish language lessons i have been to a conference on Hilton hotel. It lasted for 2 days and was about inclusion of social minorities to the society. My mentor told me that we have to be there and participate, but since i do not understand a single word of Turkish language it was just sitting there listening to some gibberish. At one point i was called upon the stage! It was a big surprise for me! Turned out i got some sort of sertificate for getting knowledge about this given topic. That was very confusing and funny moment for me because i had no idea why i was awarded! People applauded me and took pictures, i felt like a famous person!

(Aslo worth mentioning that the people here are so hospitable to everyone. I feel so comfortable with meeting new people here because they are so generous and forth coming)

During the week i also got to see the city a little bit, with 3 million citizens its a BIG city, and its easy to get lost here. Our apartment is very near to the beach and also the Old town, where all 3 of us were taking part of a volunteer organised meeting in a bar. We met other volunteers here in Antalya and we shared our thoughts and emotions.

On thursday i was taken to the Akdeniz University area. Its basically like a small city inside Antalya. The area is so big that it has its own buslines within the perimeter. There is approximately 30000 students studying here. That is mind blowing. I was taken to the sports facility where i will start working for 2 days a week! My exact work tasks are yet to be found out.

Overally i am very satisfied with my current situation here. I will try to establish some kind of routine and schedule for my activities because so far every day has been so chaotic, just like the traffic on the streets! Next week i will be in Ankara for my on-arrival training course so after that i will write a new post here! Take care! 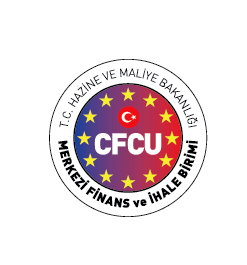 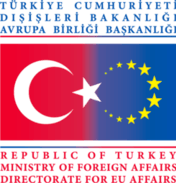